The Country Side | Cambodia

We are still in wonderful Cambodia and having an amazing time!
The other day we decided to take the offer from our super nice TukTukDriver to come to his home and meet his family as well as having dinner together. Imagine a taxi driver in Munich takes you home for dinner. No way! The hospitality is amazing from these Asian people.
Bent, our driver, is living 25km outside of P.P. and with us was a nice friend of Bent who badly wanted to join us. How come? :-)
We bought some food and beer for dinner on the way there and his wife was cooking two different meals. Vegetable with meat and without. Ingo was with Bent buying the meat and due to tons of flies we stick to the veg food :-)
It was a great evening and we talked a lot. About the history (Khmer Rouge) and about today’s political situation. Life is not easy here for the locals. We were happy and thankful to got this opportunity to see how people live outside of P.P.

END_OF_DOCUMENT_TOKEN_TO_BE_REPLACED

We did it. We had our time off on the little island we where dreaming of since we plant our TATW. This was we have been working for seven days a week almost the whole past year. Just chilling, relaxing and enjoying ourselves.

We left Vinh Long by bus to via Rach Gia and one day later we crossed over to Phu Quoc by boat. Even Carmen was afraid of the water trip (due to the last one during the thunder storm) we had a pleasant ride with the very comfortable “Super Dong III”.

Phu Quoc is a little island in the Chinese Sea which has a lot of origin Villages as well as growing tourism. People say it’s like Koh Samui 25h years ago. You find a lot of very quite and peaceful places without any touristic touches. On the other hand, there are a lot of new Restaurants offering western food along the main beach close to capital Duong Dong.

It is now over a week that we have been traveling the world and we love it. We get so many impressions, smells and meet a lot of friendly people. Its true: you get a smile from everybody on every corner. Mostly its an “Hello” included too.

We left Vung Tau on Thursday with the Russian express boat to go to My Tho via HCMC, known as the gateway to the Mekong area. It was not meant to be a long trip but due to local buses, non-english speaking taxi driver who “knows the way” and lotsa traffic we ended up on the road for 8h. Puuhhh. We spend the night at a little hotel close to the river and decided at dinner to leave early morning for the village Cai Be, known for the oldest floating market in the area.

Although the friendly Motorbike-Boat-Renting-Mekong-River-Tours-Guy said there is no bus going to Cai Be we found ourselves the next day sitting in the back seats of a local bus heading there. We must have had the best seats in that bus, because we would not have loved to stand 2h in the middle of approximately 30 pupils as this bus had just 25 seats and school was out right after we entered. Even on a ride like this you see unimaginable things compared to back home. A woman with a baby had no seat so she just handed her girl over to an old stranger to have the baby seated on his knees. A few minutes later the kid slept almost sucking the mans thumb ;-)

In the centre of Cai Be we met Huong. She is running the CB tourist office and we immediately trusted her and the way she offered us her service. There are no B&B, Hotels or Guesthouses in CB but something they call Homestay. Nothing special about this actually but staying at a local families house. Maybe like people back home are renting out rooms and apartments for guests. She brought us to her “Sister” by motorbike separately and it was beautiful. A very big room just above the floating market and super clean. A very nice and friendly woman too, no English though, so unfortunately no big conversation after Huong left.

Time for a photowalk.

END_OF_DOCUMENT_TOKEN_TO_BE_REPLACED

It has began! We started our trip around the world (TATW) Thursday evening from Munich. The flights were quiet and even Carmen did “enjoy” them somehow :-)
The taxi drive from hcmc airport whereas was marked by traffic jam. How come that we stuck in TJ’s again after this season :-) but this time we got to see a lot more interesting things than on the A8. The traffic is crazy! We probably saw a million scooters and motor bikes. We never saw a traffic like that before even though India is louder here are much more people on the street.

The hotel is very nice, clean and the crew is super friendly. Our room does not have window but we are not spending much time in there anyway. We ended the tripday with some beer just next to the hotel.

Today after breakfast we went out for a photowalk. No special targets besides the market so we were walking blind in downtown enjoying the city and taking some pictures. We like this city a lot already, its modern, clean and people are very friendly. Lotsa things to see.
Here are some shots from our photowalk today and do not miss the special assignment we had ;-)
All the best from Vietnam
Carmen and Ingoman

END_OF_DOCUMENT_TOKEN_TO_BE_REPLACED

Some Information about our TATW

Hello Caringo Friends out there.

People keep asking us about our upcoming six month trip around the world (TATW). So we thought it would be cool to share some ideas and information with you rather than telling everybody the same story via facebook comments ;-)

Generally:
First thing you may notice, we are blogging in English. We did a survey recently to ask whether you would prefer English or German language here on the blog. The result was clear: you want us to do both ;-). well, truth to be told, even it was available to choose in the survey, that’s too much writing work right now for us as we are still having a seven day work week both of us. But we definitely will be blogging in English now and then, especially if we think it might interest not only German speaking friends. But if we are writing in German, feel free to ask Google to translate it for you and as bad as this Google service is, you probably will get the idea of the post.

The Idea:
The idea of a TATW is not new to us and sure not to you. Friends and thousands of people around the globe have done it. There is just one thing about it: you need to actually do it and not just talk about it yourself.
Carmen and I (Ingo) we love travelling and before we even met each other we were thinking about doing a big trip once in our life’s. Both of us are turning 30 this year and we still have no kids to take care of. As we are not getting younger for sure, kids may be a topic in the near future (define “near future”: 5 years min :-)

By the end of 2009 and due to Carmen’s study plans we started to closer think about a six month off by the end of the 2010 wedding season, and here we go!

The Route:
Most of you have heard about the “Ticket around the World” which every big Airline Group offers. We choose Staralliance to have only well known airlines, at least for the main flights. They call it Book and Fly . We have already booked 4 stops and 26000 Miles for each of us and we are just about to add another stop (LA/CA).

We are starting here in Munich on 7th of October 2010 and we will be flying to Ho Chi Minh City (Vietnam) as our first stop. Plans are mend to change a lot, but here is a list of countries we want to travel in the first 3 month:

Short after New Year we are heading to Australia and starting in Brisbane for a one month Australia trip. So far we have plans to stay mainly at the east coast and road tripping down to Sydney and Melbourne and back. Side note: if you want us to shoot your, either a wedding or a portrait session, please let us know, we would love to! :-)

Next Stop: New Zealand… No Plans yet, but we will let you know if we know more :-)

By the end of February we are flying to USA. Right now we are thinking of an additional stop in California, to meet our friends Mike and Rachel before we are heading further to Miami/FL to see Angie and Herbert.

One really BIG and always wanted to DO THING will be the end of our trip in March 2011: Photoshop World in Orlando/FL 2011. Just recently chatted with Matt Kloskowski about the visit of the Kelby Media HQ in Tampa/FL next year, as he told us rather to go to PSW at this time. Absolutly!! Photoshop World is one of the best and biggest photography (not just photoshop) events throughout the year, where you can meet the TOP photogs of the world. Scott Kelby, Matt Kloskowski, Joe McNally, Jay Maisel, Zach Arias, Moose Peterson you name it.

We are totally looking forward to this trip but still a while to go and for sure lots of work to do. If anyone of you have recommendations or tips for us, we are very thankful if you just leave a comment here. Ohyea btw, if anyone out there needs a cool flat from October 2010 to March 2011 let us know too.
Take care
Carmen and Ingoman

PS: Side note: We are not out of world, we will be answering all emails and working a lot during our trip. Additionally we are blogging, facebooking and tweeting whenever we have access to the internet. 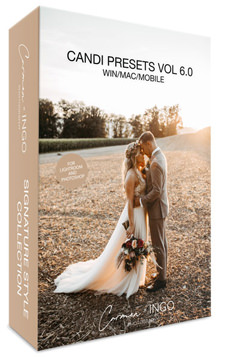 we are available for travel